In July, I left Google to take some time to travel and learn new skills. Opal and I spent the following month travelling around the UK, visiting friends (hi Louise!) and seeing the sights; including the National Rail Museum, London, Bath, Skye and the Edinburgh Fringe Festival. 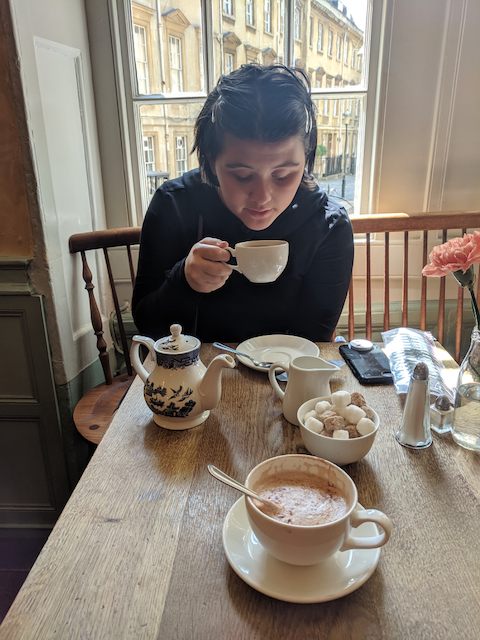 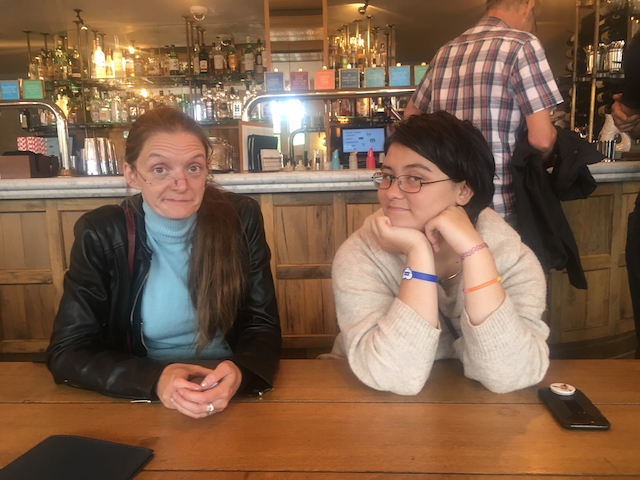 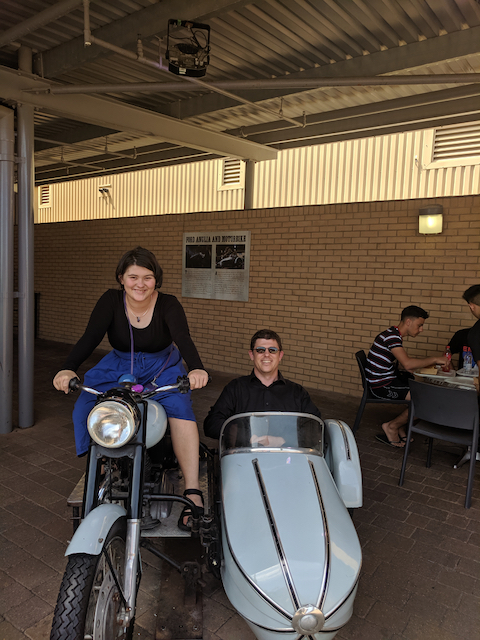 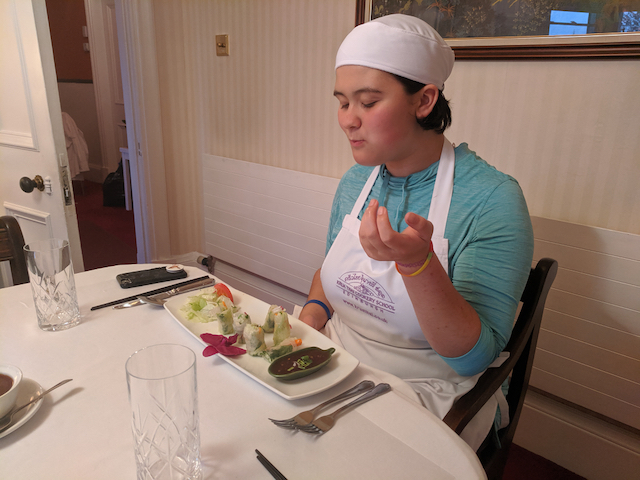 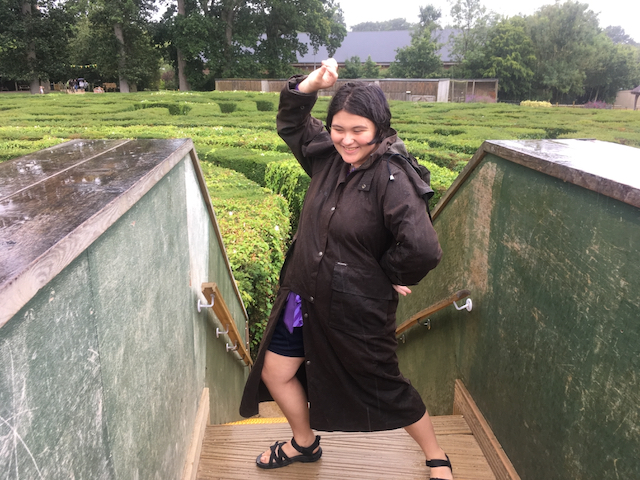 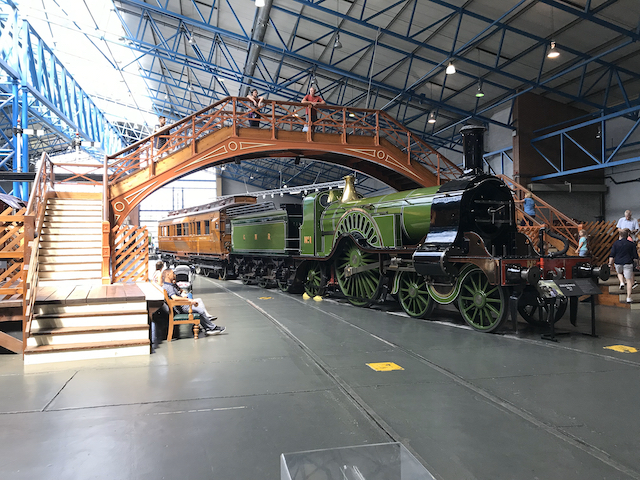 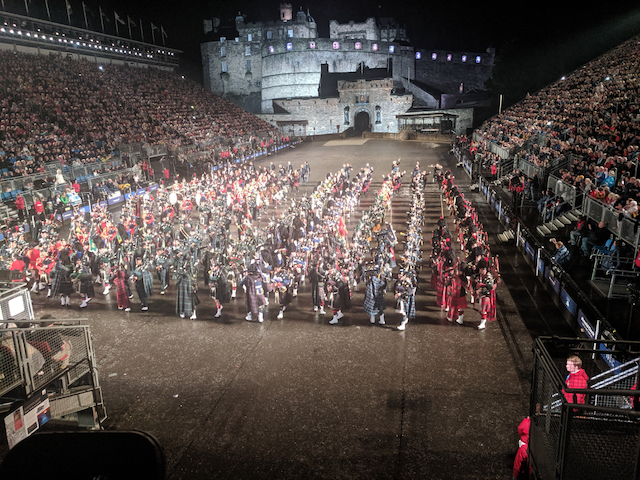 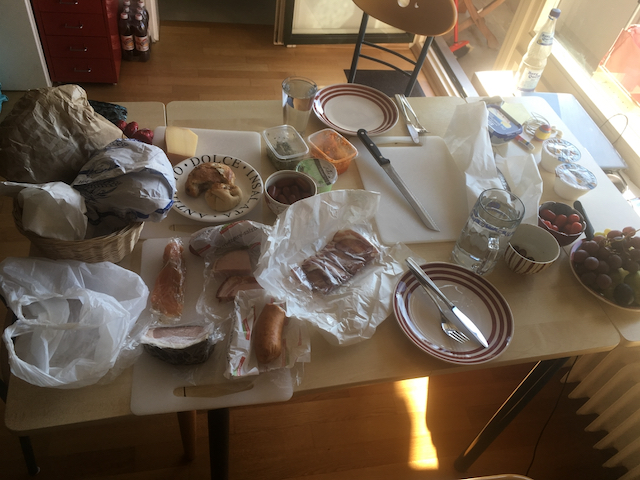 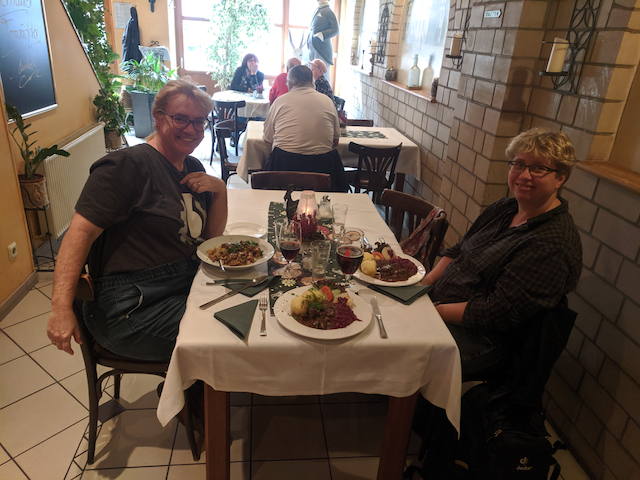 and making new ones (Jo, Laura and Shirli) 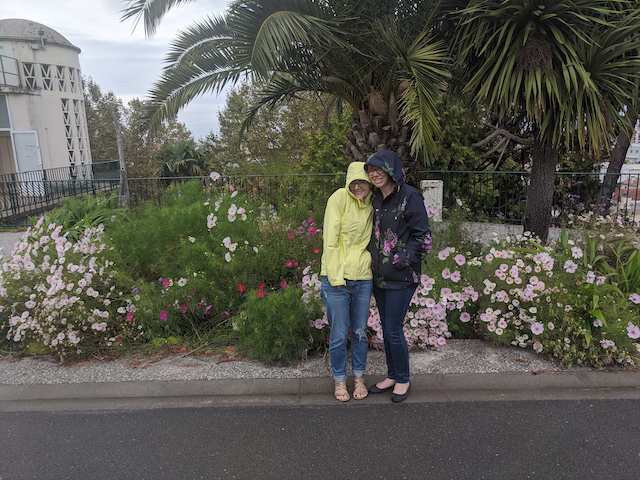 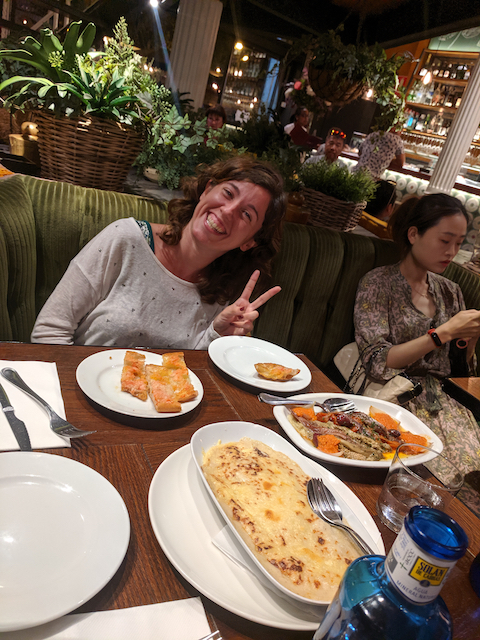 as well as many new experiences, such as Salzburger Nockerl, 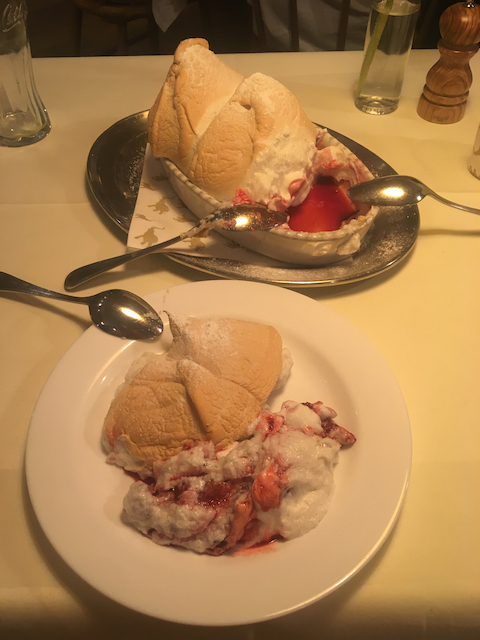 and sights including Barcelona & some great diving off the coast of L’Estartit. 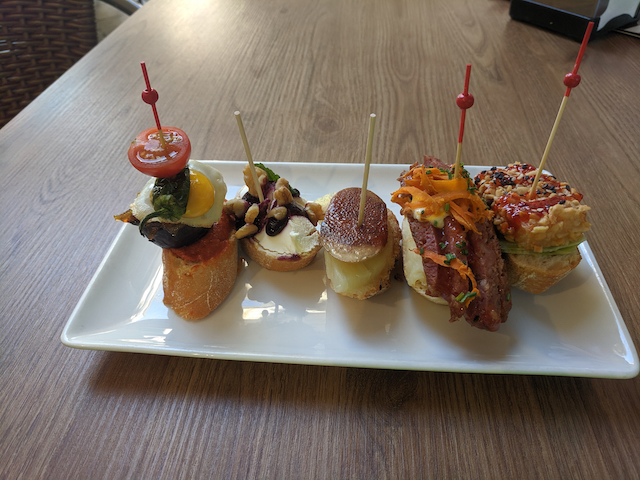 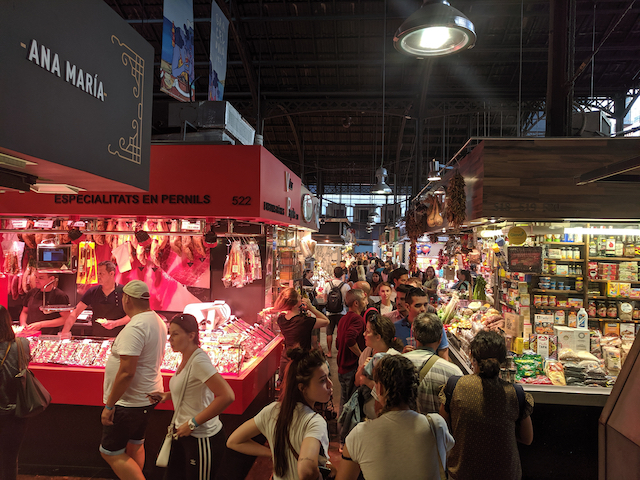 If you ever have the chance to travel Europe by train, I encourage you to take the opportunity, it’s a blast. October was starting to clean up my house and visiting Opal for the parents visiting weekend. We explored North Eastern (OK), MIT (great), Wellesley (written off) and Simon’s Rock (good) as well as spending some quality time hanging out with Alia and Brian in Arlington and Desiree in Boston. 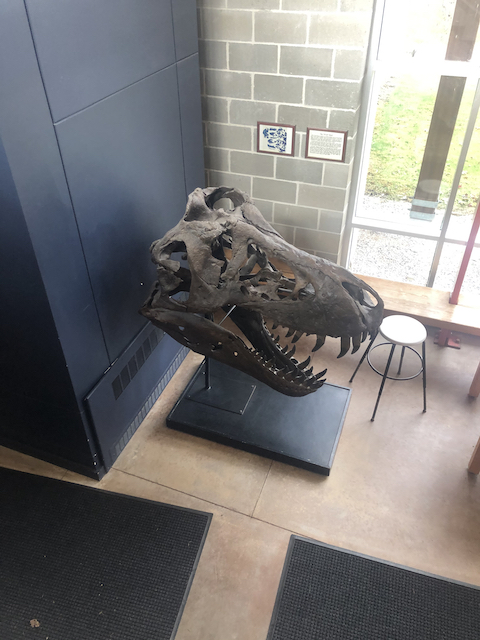 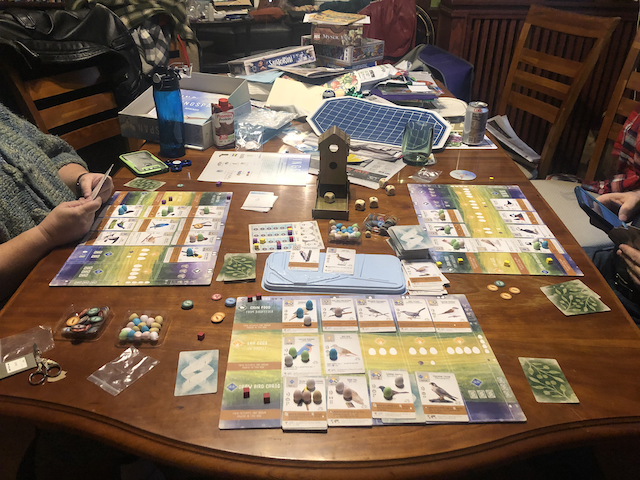 November continued the house cleanup along; catching a thief; finalising the divorce; some fun diving with Stephanie, including an impromptu trip to La Jolla to do lobster diving in the hopes that I could serve fresh lobster for a Michelin themed dinner I was hosting; 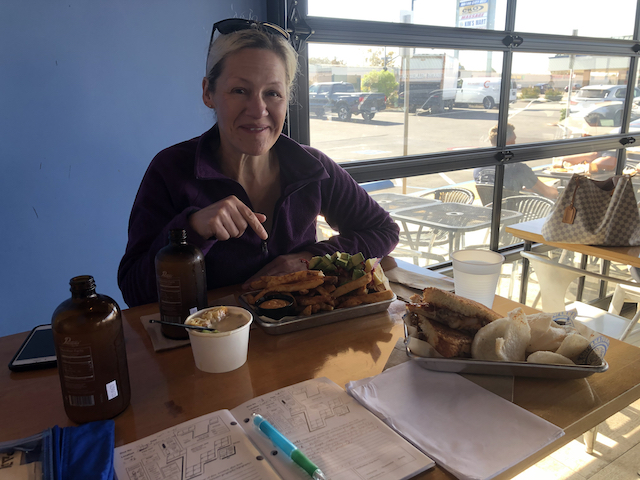 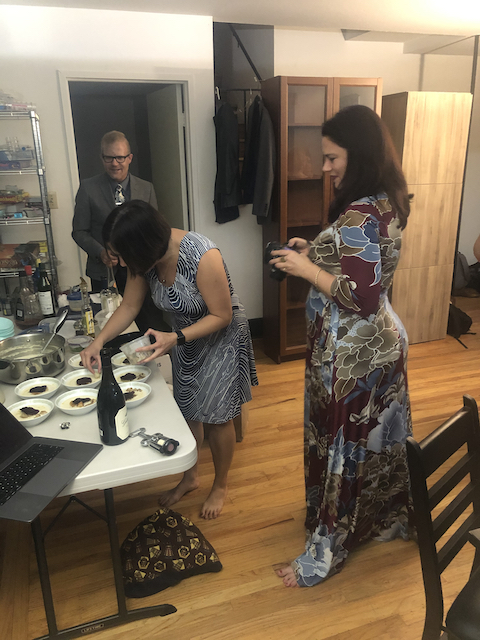 catching up with as many of my friends as possible and attempting to sell everything I possibly could. 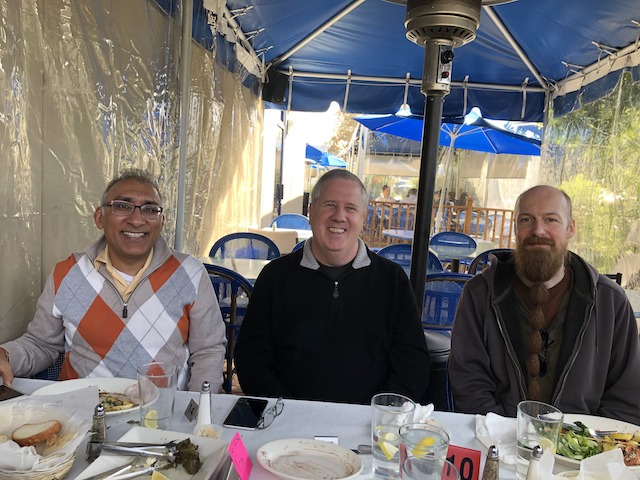 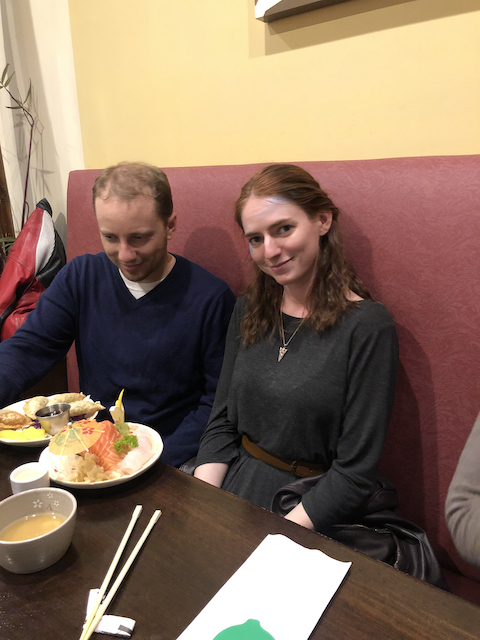 This dragged into December as I learned that despite having a distaste for collecting stuff, I had way too much of it and most of it was now junk. While Kondo isn’t really my thing, I think a spring cleaning needs to become a feature of my life going forward. 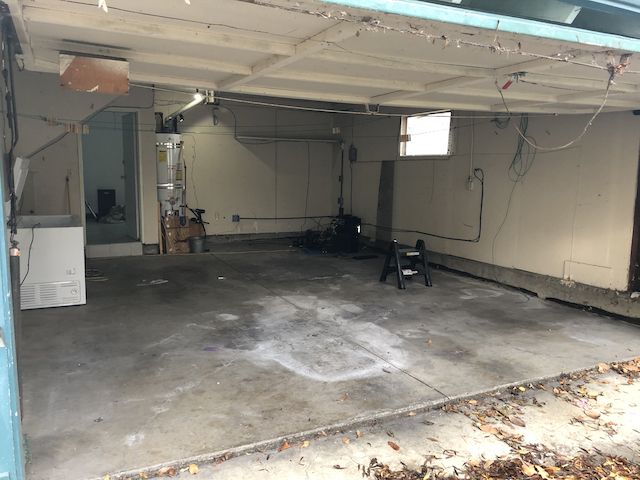 Fortunately, the delay helped me to see quite a lot more of my local friends and I also ended up having the opportunity to host a “surprise” birthday party for Heather (Heather hates surprises, so the concept of a party on the day had been floated her way; the actual surprise for Heather was that it happened at all) on my last Friday in town. You’d think a party made almost entirely of dancers would involve making heavy use of my freshly emptied hardwood floor, but no, like most parties we all ended up crowded in the kitchen chatting and snacking.

Today, I locked up my house, sold my car, gave away some final bits and pieces, then packed the last of my things into a 1.5m x 3m storage container (3 bikes made it difficult to go smaller) before being dropped at SJC by Heather. As I write this, I’m on the flight from LAX (Los Angeles, USA) to SAL (San Salvador, El Salvador), the middle leg of my flight to RTB (Roatan, Honduras), made more fun by an impromptu orange juice shower, from which I will take a ferry to Utila, my home for the coming months. My house is being looked after by a neighbour who has her own rental properties and flips houses for fun (thanks Karen!) and some climbing buddies of mine are renting it starting January (I hope the house works well for you Robert). I have no idea if life will bring me back to the SF Bay Area, but the lease means the earliest will be January 2021.

Thursday, will be nailing down accommodation (email is not particularly effective I’m finding) followed by settling in and enjoying a few fun dives throughout the weekend. On Monday, I’m starting the dive master course, which will take me through the end of January as I’ve elected to add a 3 week extension which includes ecological diving skills such as reef renewal. After that, there’s a month of dive instructor training which will take me through the start of March, at which point I’ll need to leave Honduras for a 72 hour visa run and to pick up Opal on her way down to spend her spring vacation with me in Utila. I’m really looking forward to getting to share the experience of Caribbean living and diving with her for a few weeks. Who knows, maybe this will be the trip she decides to give SCUBA a try. If not, there’s always the beaches, swimming and enjoying the escape from Massachusetts winter.

Depending on timing, I will then likely take a yachting course and some SCUBA speciality courses, before embarking on the master dive instructor (MSDT) course. All of this should see me through early to mid May. From there, things are a little more hazy. There’s the [Unrig Summit][https://unrigsummit.com/] on May 15 in Miami, which I haven’t yet decided on. I’m leaning towards it though, as the current administration has really put quite a dent in the US foundations as well as assisting those who would like to dismantle democracy globally. I have plans to spend our birthday with Sara visiting her childhood home of St Thomas, then diving the Virgin Islands and surrounds together.

After this, I had considered 4 possible paths:

When I had started thinking about this, I had not yet read the Mueller report and we didn’t yet know that the president was attempting to extort the Ukrainian government. As the year has progressed, the depths of his disdain for democracy have become apparent and the executive seems to have been going on a rampage, attempting to destroy as many institutions as possible before the end of his term while the Republican party shrugs its shoulders and pretends the outrage is just partisanship. The more I contemplated this and the general direction the wider world is headed, the more I considered that it’d be a lot harder to look myself in the mirror if I didn’t get involved with the election. So, it seems increasingly likely that I’ll end up jumping on the campaign of whomever is the Democratic candidate for president come June (when we know who that will be). Some of them are clearly more organised and more progressive than others but, while I’m always hopeful for a progressive, there is no one in the current Democratic field who is not worthy of the position and I’ll be honoured to assist any of them in getting elected.

My original thoughts on this had been to get out the vote in a swing state (probably Florida, as that would provide me with the opportunity to get some diving in as well). However, I’ve since been reminded of how short staffed campaigns are when it comes to tech and my current thinking is that I’ll see how I can bring my skills to bear there.

Given we have seen the Republicans take a “better a dictator than a Democrat” approach to Trump, we seem to be facing an existential threat to our democracy. If you’re reading this and you’re in the USA, please think long and hard about how you can help get Trump out and send the message to Washington that this kind of behaviour will not be tolerated. If you’re not, I encourage you to look long and hard at the fragile thing that is your local democracy and active participate in strengthening it or helping those who are working to that end.

I’ve now arrived in Roatan and am finishing this off over a delicious bowl of seafood soup. 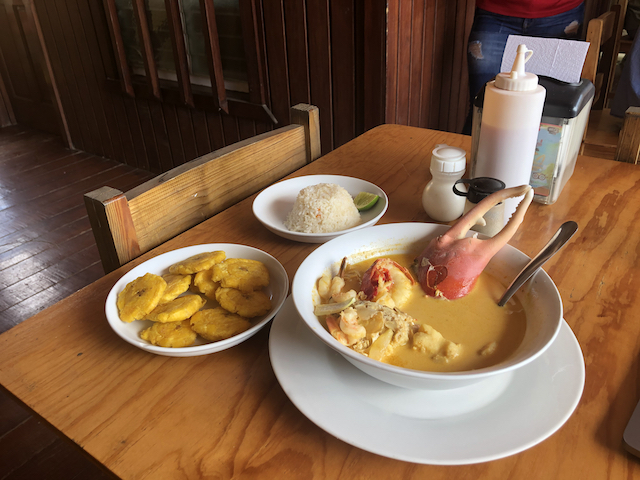